The partners and staff of RSI understand that the dreams of retirement many of us once had have been taken away from us for many reasons, some not of our making.

We at Retirement Services International believe that this shouldn’t be!

Our mission is to help people reclaim control of their future and reclaim their right to retire by developing packages that allow them to retire overseas at significantly lower monthly cost. We have the skills and experience to help you fulfill your dreams of retirement. 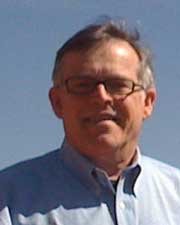 Ricord (Ric) B. Winstead, MD (Panama)
Chairman of the Board

Ric is one of two original founders of RSI. He has returned to Panama in order to bring his vision and dream to reality. He has personally set up the team in Panama to insure that we truly excel in customer service and fulfill our mission to bring a true concierge service to our retiree clients. The team, procedures, and methods he is developing in Panama are the model RSI will use in every country we develop. END_OF_DOCUMENT_TOKEN_TO_BE_REPLACED

Wendy brings all of her past experiences to RSI, stressing customer service the way she learned it at Nordstrom and Xerox. She is also very knowledgeable about websites and social media and spearheads our marketing activities in those areas.

END_OF_DOCUMENT_TOKEN_TO_BE_REPLACED 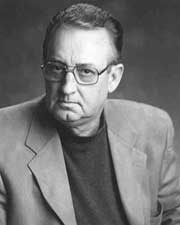 Bob brings many years of corporate management and executive experience to RSI. He is in charge of operations in the U.S. and leads a team dedicated to providing the best information, and guidance to our clients before seamlessly handing them off to the country they have selected to investigate and experience. END_OF_DOCUMENT_TOKEN_TO_BE_REPLACED 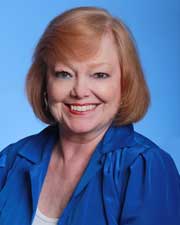 Pam is an expert in developing and implementing marketing strategies, including those involving events, such as trade shows, seminars, etc. She planned and implemented a three pronged marketing strategy to attract and inform prospective retirees about RSI’s many services and potentials. END_OF_DOCUMENT_TOKEN_TO_BE_REPLACED 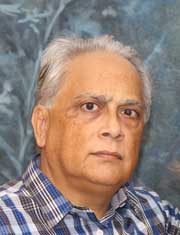 Some twenty years ago Richard and his family moved to Panama for good, and it is now truly his home. Over the years Richard has taken every opportunity to explore off the beaten track and to capture special moments through his images. As an avid photographer, being in Panama has allowed Richard to indulge himself in his passion. END_OF_DOCUMENT_TOKEN_TO_BE_REPLACED

Ric is one of two original founders of RSI. He has returned to Panama in order to bring his vision and dream to reality. He has personally set up the team in Panama to insure that we truly excel in customer service and fulfill our mission to bring a true concierge service to our retiree clients. The team, procedures, and methods he is developing in Panama are the model RSI will use in every country we develop.

Ric grew up in the Panama Canal Zone, living there for 20 years, where his parents enjoyed retirement in the mountains of El Valle.  An undergraduate at The Johns Hopkins University, he spent 3 years living and traveling in Central America and South America and bought a 40 acre farm near Monteverde, Costa Rica.  He attended medical school at the University of Washington in Seattle.  He then returned to Gorgas Hospital in the Canal Zone, where his Dad had practiced, for a flexible internship to enjoy working with his father’s colleagues and caring for many of his father’s patients.  He returned to Seattle to complete a Family Medicine Residency at Swedish Hospital and then started his practice in Bellevue, Washington.

Ric has an abiding interest in international living and health care.  He is looking forward to retiring in Panama, enjoying his relatives there, and working to create a great retirement transition for others interested in the wonderful quality of life of retirees in Panama.

Manuela Calado heads up RSI operations in Portugal. She is from Tomar, a small city in the Ribatejo, a province in the center of Portugal whose name means above the Tejo River (Tagus in English). The city is tucked between the Rio Nabao and the Knights Templar Castle towers above it. The town and the times then were traditional and conservative, but her uncle owned a book store on the Corredora, the main street, and people who read have eyes that see beyond their surroundings. She was seventeen and in gym class when she heard that there had been an uprising and that there was a revolution happening and people were taking to the streets. It was the Carnation Revolution, called that because those people on the streets put carnations in the guns of the soldiers.

Manuela studied to teach and was subsequently a teacher in a language center in the Algarve before a long stint in Seattle, in the United States. When Lynn took over a small outpatient chemical dependency treatment center, a few years later, she became the office manager and was principally responsible for the organizational and financial end of their success.

In 2002, they turned the agency over to a partner and chose to return to Portugal, where life seems slower and sometimes more humane. She and her husband now live in the countryside, near Lagos, in the Algarve, at the south western tip of Europe, serving as principal counseling staff to a number of cats and dogs and RSI.

Lynn heads up our gateway to the Mediterranean in Portugal with Manuela. Lynn is originally from Seattle. He is from Seattle before it had the aura. He always worked in positions that leveraged certain people skills, though, in his heart, he might have treasured some solitude. He was, in his twenties, a bartender, which prepared him for his later career as a counselor, because a good bartender need often be the confidante. Later, after he’d thoroughly researched the underside of drinking and had, with some enlightened help, managed to stop drinking himself and had gone back to college and acquired the expected degrees, he worked for twenty four years as a chemical dependency professional, for most of those years working as the treatment director at outpatient agencies. For the seven years preceding a grateful retirement, he directed his own agency on Lake Union, in Seattle.

When initially in Portugal, he was living in Tomar, in the center of the country, quietly letting the eight hundred year old Knights Templar Castle above the town provide perspective, and doing what expatriates did when they wanted to stay and were too young to retire, teaching English at a language center, when he met Manuela, who was teaching French at the same school. A year later, married, they moved to Seattle, where he returned to the counseling profession and her eight year old son bravely entered the fourth grade.

At the time of writing this short bio, he and his wife have been back in Portugal for twelve years and are living in the country outside of Lagos and tending to an unreasonable number of animals and shepherding retirement adventures for those on a similar wavelength.

Ulrico, was born in Torres Novas, in central Portugal, in 1984. He attended Portuguese schools until the family moved to Seattle, where he entered the fourth grade at a nearby Catholic School. Ulrico had briefly studied English at a private school, and the family, though in Portugal, spoke English at home, and being a natural linguist, he needed little help with fitting right in. He lived in Seattle for the following nine years, spending part of some summers in Portugal.

Ulrico returned to Portugal after graduating from Blanchet High School in 2002. After a year spent completing some specific requirements for college in Portugal, he entered the University of Evora, studying archeology. He has since achieved a master in the subject and is employed by a town in the Alentejo, not far from his home in Evora, exploring the countryside, evaluating what he finds, and creating an archeological map for the surrounding area.

A person who studies two languages may become fluent in both, someone, however, who is raised in two cultures can, if one is gifted in that way, become fluent in two cultures, as if they are nearly two beings. Ulrico is that, though, upon returning to Portugal, he quickly realized that he was more comfortable in his Portuguese persona than he had been in his American as he is better suited to the pace and manners of the Portuguese.

Heshan graduated from Trinity College, a very reputable private school in Sri Lanka. He proceeded to follow his passion and completed further training in Professional Cookery at the Sri Lanka Institute of Tourism and Hotel Management and Human Resource Management.

Heshan is an enthusiastic character who engages in a broad range of people centered activities. As a dedicated social worker and volunteer, he is on point for a multitude of volunteering opportunities with the senior population and the disabled. He is an avid nature and animal lover with an interest in local history. His travels have taken him down the back roads and byways across most parts of the country.

The travel and leisure industry and getting to know people of different cultures appear to be two distinct interest areas since his childhood. Having traveled all over the country, he is always available to share his experience and passion with other enthusiasts.

We Help You With All the Little Details

How Do I Find the Right Shopping Area? 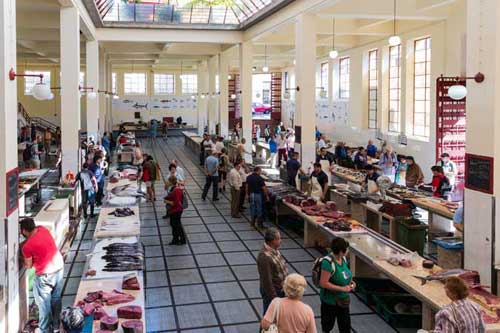 Retirement Services International provides concierge service to all of of our clients. We have employees and contractors in each of our countries to work with you and provide help and advice in navigating through the experience of relocating and living overseas. Our services include:

Where RSI Is Headed Next 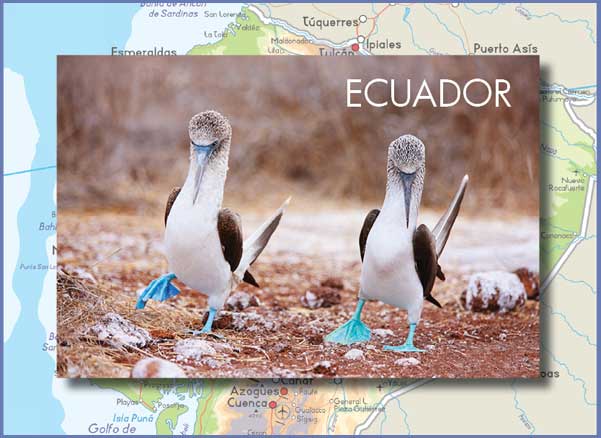 Watch an Overview of RSI 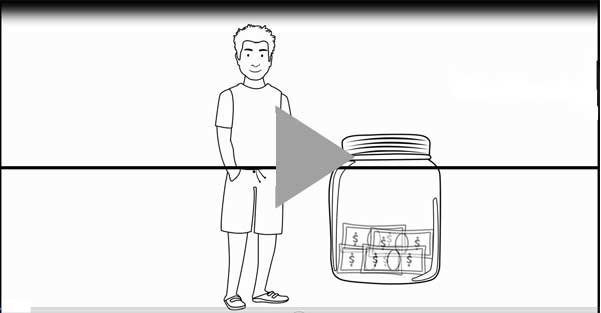 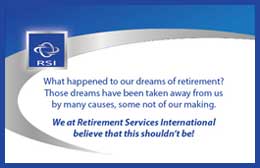