The Drop Off….  The rental car adventure continues

I spent a week driving the dinged up, but basically mechanically intact Sentra around- trying to avoid the dark. It was time to return it and fly back to the US for a while. I had a ninety minute drive ahead of me, but was going back at morning commute time and I had no idea how bad the bridge traffic would be going into the City. 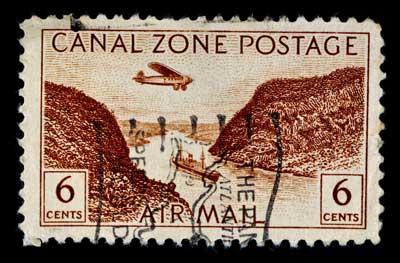 As I fell asleep the night before, I heard the first real rain of the beginning of the rainy season. I got up at 5 am, gathered my stuff, packed into the rental, gassed up and sped East to the city with the sunrise shrouded in thick clouds. It looked like the season had truly turned.

I was trying to get to Albrook to drop off the car when the rental office opened at 8 (according to their web site).  The traffic thickened at Chorrera as expected but was moving at around 40 mph. The interamerican bridge was flowing but the traffic immediately clogged to a complete stop going near Paraiso. A complete bottleneck. Took 20 minutes to go 5 miles. Right after the train crossing things opened up, and I managed to get to the airport at Albrook by 8:20.

There was no designated rental car drop off, so I pulled into the entrance spot where I’d picked up the car, grabbed my bags and left the flashers on while going to the RIP cubicle office expecting to turn in the car, get the $400 hold off my card, and take a $30 taxi to Tocumen airport on the other side of the city.

Not so straightforward. This is Panama and I had chosen the cheapest fly-by- night rental company. There was no one in the ‘office’. I asked the next door Dollar guys if they had seen the RIP guy and they snickered and rolled their eyes and shook their heads in syncopated disgust of their disreputable competitor. I explained my quandary and they offered to call the company number for me. I had written down a contact number from the internet. No answer. They tried the number from the company poster. Nada. They regaled me with a story about how one of RIP’s rentals had had 3 flat tires in one day. In sympathy they explained these guys were unreliable. They said if I just left the car, it would get towed and the cost would be charged to me. Same if I parked it in the paid parking and left the key. They said that Tocumen airport had an office and it would be best for me to just drive out there to drop it off. Genius!  In my quest to return the rental to the same office I had picked it up from, it hadn’t occurred to me. Also it saved me the $30 cab ride. Duh!

I hopped back into the car, hoping morning traffic would be merciful. I had a basic idea of how to find the toll road to the airport and had to cross a city of a million souls at rush hour. They would be in their full morning commute in packed buses piloted by drivers from the kamikaze school of near suicidal intensity, fleets of taxis with bus driver wannabes, loaded lumbering delivery trucks, and black windowed massive SUVs who believe they own the road. Fortunately no donkey carts.

Girding my loins, I ran the gauntlet and threaded the labyrinth and even had left over credit on my pass card for the tolls. The scrum at the toll booths was less intense because I was going against the main commute out of town. But the mind-boggling merge from about 5 improvised lanes of honking and jostling cars, trucks and busses all competing for 2 lanes was harrowing nonetheless. I somehow managed to get in a semi-correct toll booth and my card worked. I amazed myself and got to the airport just after 9, so I had plenty of time for my 11:53 AM flight.

When I got to the Tocumen airport, of course, there was no signage indicating where to drop off rentals. Thinking that the rental drop off would be near parking, I headed into parking. No such luck. Realizing my error I headed straight out. The guy at the gate understood my mistake, but told me everyone has to pay – no exceptions. So I backed into the line of cars coming out and they deftly avoided me with only a slight murmur of honking, until I could turn around and find a pay kiosk.

Of course there was no nearby parking, so I just left my car lights flashing and walked to the nearest kiosk with a line of folks paying for parking. Someone across the way at a nearby kiosk motioned to me to join him. As it usually does, my mind went blank as I confronted the alien machine demanding a precise sequence of steps in Spanish. The kind gentleman recognized the befuddlement and gently guided me thru the sequence and I managed to successfully pay my 35 cents and got the parking card validated. I hustled back to the blinking car and fired it up and successfully got out of the parking lot to resume my hunt for the rental car drop-off. How hard could it be?

I ended up driving around the airport 3 times, stopped twice to ask traffic cops, and finally figured out that I was supposed to just leave the car along the curb opposite the departure drop off scrum. I badly parallel parked in the last spot, grabbed my gear and walked across into the airport and found an actual RIP cubicle with 3 guys ready for business.

I explained my predicament and they didn’t seem surprised that Albrook was unmanned, allowing that sometimes Ernesto ‘just doesn’t come in.’  I handed over all my rental papers. After assuring them I had not paid the deposit in ‘effectivo’ (cash), they swiped my credit card and assured me my deposit hold would be taken off. I handed over the bare key. They explained they had no voucher forms to document my drop-off, but that everything would be okay. Okay! Of course it would be. What could possibly go wrong?  I headed out to catch my plane with no paper to show I had ever done business with RIP, trusting that somewhere in the web, electronic handshakes were completing the transaction that might well have been a figment of my imagination.

Sometimes navigating life on the road is a test. Best approached with the spirit of adventure, an openness to what is, curiosity, patience, resilience, and a clearness of purpose.

I had not expected the rental experience to be the same as in the US, so I did not find my expectations not met. I did not indulge in frustration because I just dealt with the facts as they presented themselves to me. It was not personal. Just a series of problems that I was able to solve with the help of helpful souls. It was all good.

I caught my flight. I learned how things work. I have a good story. Another day of encounters with the world as it is.

Adventure. Journey. All good. Each day a gift. A call.

But this adventure is not one I would recommend for our RSI clients. For many, the ambiguity, hassle, and sheer lunacy of the transactions involved would have been just too much. Knowing this we have carefully developed a series of transportation solutions to take the stress and worry out of getting places that meets the different challenges and opportunities presented by each country presents different challenges and opportunities.