Renting Cars and Driving in Panama Can Be Challenging!

This cautionary tale of adventure is one we hope to avoid for RSI clients!

I needed a car rental for a week and found a cheapo rental agency online figuring, what the heck…I decided to rent a car at the National Airport, Albrook, since it is closer and a transportation hub. 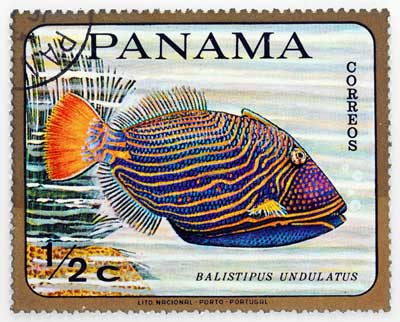 I had been borrowing a relative’s car and living at the beach and had to drop off the borrowed car and pick up the rental. Of course the relative supposedly picking up the car was out of town and I had to leave it in her driveway and leave the keys with a neighbor. I caught a cab to Albrook. I found the car rental spot in the tiny airport and started to get one of those bad feelings when I couldn’t find a sign for RIP Rentals* among the standard booths. So I asked a guy in one of the little cubicles with the least signage.  He turned around a small plastic desktop RIP sign, and said, ‘Right here! Are you Mr. Winstead?’  The rest of his operation was equally sketchily portable.  No computer, hand filled in forms in triplicate, but somehow he was able to charge my card the $400 ‘deposit’, he photographed the forms and my signature and printed a copy for me on a printer. He left to get the car.

It was a clean but dinged vintage Nissan Sentra probably not of this century.  He duly listed all the dents on the standard car form (every box checked it seemed).  Of course it did not have a current plate (2012 which was later than the 2009 cop magnate I had been driving).  I asked him about it, and he said not to worry. He pointed out the scotch-taped official form complete with stamps on the inside of the back window.  He handed me a bare metal key with no identifying key ring, stuffed the papers into my hands, and waved saying he’d see me next week.

With a fair amount of skepticism, I scrunched into the car with the multiple generations of air-freshener pine trees hanging from the rear view mirror, manually adjusted my side mirror after finding the manual window crank, and found the AC control.  It was an automatic, I hoped the brakes worked, and I knew the horn would work.

As I got settled in, I realized that the front windshield was blacked out with the sun screen film from the top third and also the bottom third cutting my visual field in half like some kind of bizarre trifocal sunglasses leaving me a slot to see through. The rest of the windows were also heavily tinted. I finally worked out that I had to scrunch down so I could actually see.  I figured it would be weird and dangerous driving after dark. And it was. When I checked the gas gage, it was empty. “Ni una goata de combustible (not a drop of gas)”I rehearsed in my head for the drop off conversation. I found a nearby gas station and put $42 in the tank.

Now I was ready. Not an impossibly bad ride. What the heck….and blasted off into the blazing morning

*  RIP rentals is a made up name